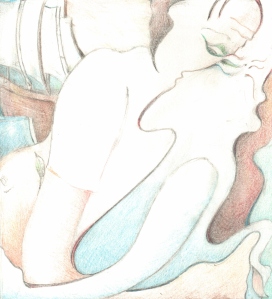 I awoke this morning to learn that yesterday a number of women in Vancouver, Manhattan and elsewhere walked through city streets bare breasted. Evidently there was a lot of televised and print media coverage of these events. As regards the Vancouver ‘coverage’ I noticed that not a single media provider presented pictures of the bare breasted women’s actual bare breasts. Electronic censor blocks were used if necessary to render the breasts invisible. I thought that this was especially significant for two reasons. First, Gwen Jacob made the baring of women’s breasts in public a constitutionally acceptable act in Canada, certainly when the exposure is for political reasons. Thus, the media would not be doing anything wrong or illegal by simply reporting and visually depicting the women’s bare breasts as part of a political event. Indeed, the media seems to have undermined the very logic of the women’s public display by treating the image of naked female breasts as something inappropriate for public viewing. Second, and more important, contemporary media seems entirely comfortable depicting all manners of graphic violence in their newscasts — sometimes raw, unedited, and graphic brutality or calamity. The media will even draw great attention to such depictions by prefacing them with standard warnings to the effect that “the following report contains graphic and violent material that might be disturbing to some viewers.”  I am currently reading a superb novel by Javier Marias, entitled The Infatuations (in translation), in which the narrator observes, “Photographing a dead or dying man, especially one who has died a violent death, seems to me an abuse showing a gross lack of respect for someone who has just become a victim or a corpse…and I’m not prepared to be a  part of this new custom being imposed on us….”

Thus, it seems we have not come very far since Ms. Jacob took her Kitchener stroll decades ago, as female nudity still remains off-limits to the visual media, but all manner of violence makes the front pages unedited.