Is Obscenity a Public Health Problem?

On January 10, 2017 Senator Orrin Hatch of Utah suggested to Alabama Senator Jeff Sessions in the latter’s confirmation hearing for the Attorney-General of the United States that pornography was a public health issue, at least in Utah. 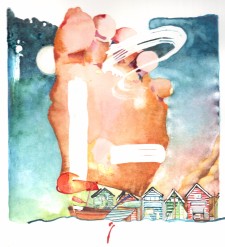 Hatch wondered whether Sessions would restore the Obscenity Prosecution Task Force (OPTF) that the U.S. Department of Justice created in 1985 and that the Obama administration subsequently squashed.  Senator Sessions said that he would consider doing so, a specter that led a program host on 1320 WILS Radio in Lansing, Michigan to give me a call.  The host was kind enough to send me the mp3 of the interview, so here it is for those who are  interested in the issue.

But thinking of Utah (especially its Mormon Temple in Salt Lake City) and the public health hazards of pornography, I can’t help but recall the documentary film, Tabloid, by Errol Morris.  The “true crime” genre film, which screened internationally circa 2010-2011, is worth every wooden Netflix nickel you can scrape together.  It tells the bizarre story of an American Mormon missionary who went temporarily missing in England.  When he surfaced he claimed to have been abducted by a former beauty pageant winner (Miss Wyoming World) and forced to undergo various sexual acts at her hands while in bondage.  The woman was charged in England and the tabloids dubbed the whole affair ‘The Case of the Manacled Mormon.’  This story is one helluva rollercoaster ride and raises all the kinds of issues that I spoke about today in the Michigan radio interview, but in a topsy-turvy, upside down and inside-out kind of way.